KHAP stands for Korea HIV/AIDS Prevention center, and we provide free and anonymous HIV/AIDS and STI testing for foreigners who reside in Korea. 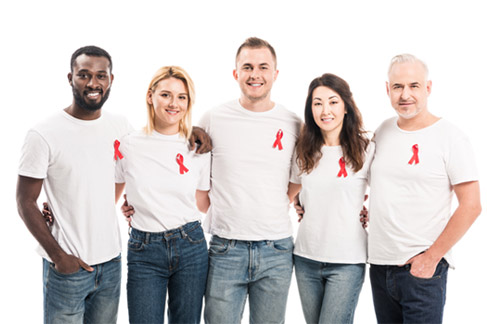 In 1998, the Joint United Nations Program on HIV/AIDS (UNAIDS) nominated The Korean Federation for AIDS Prevention (KFAP) as its contact organization in The Republic of Korea. In order to manage the responsibilities associated with this position, KFAP soon after created the Korea UNAIDS Information and Support Center (KHAP). Thus, KHAP's initial mandate was to act as a channel between the Korean public and the UNAIDS headquarters regarding information about the HIV/AIDS pandemic both at home and abroad.

With the continually increasing numbers of foreign people living and working in Korea, KHAP soon took on a second though equally crucial mission of providing resources about HIV/AIDS to the foreign population in Korea. Thus, with support from KFAP and the Korean Government, KHAP opened an office in Itaewon in 2003 in order to provide HIV/AIDS testing, counseling and information to foreigners.