HIV stands for human immunodeficiency virus. It weakens a person’s immune system by destroying important cells that fight disease and infection. There is currently no effective cure for HIV. But with proper medical care, HIV can be controlled. Some groups of people in the United States are more likely to get HIV than others because of many factors, including their sex partners and risk behaviors. This section will give you basic information about HIV, such as how it’s transmitted, how you can prevent it, and how to get tested for HIV. 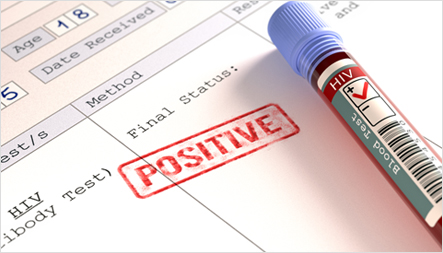 The top is also at risk because HIV can enter the body through the opening at the tip of the penis (or urethra), the foreskin if the penis isn’t circumcised, or small cuts, scratches, or open sores anywhere on the penis.

You can get HIV if you have vaginal sex with someone who has HIV without using protection (like condoms or medicine to treat or prevent HIV).

Either partner can get HIV during vaginal sex.

Most women who get HIV get it from vaginal sex. HIV can enter a woman’s body during vaginal sex through the mucous membranes that line the vagina and cervix.

Men can also get HIV during vaginal sex. This is because vaginal fluid and blood can carry HIV. Men get HIV through the opening at the tip of the penis (or urethra), the foreskin if the penis isn’t circumcised, or small cuts, scratches, or open sores anywhere on the penis.

Transmission through sharing of needles and syringes

You are at high risk for getting HIV if you share needles, syringes, or other drug injection equipment (for example, cookers) with someone who has HIV. Never share needles or other equipment to inject drugs, hormones, steroids, or silicone.

Used needles, syringes, and other injection equipment may have someone else’s blood on them, and blood can carry HIV.

People who inject drugs are also at risk for getting HIV (and other sexually transmitted diseases) because they may engage in risky sexual behaviors like having sex without protection (such as condoms or medicine to prevent or treat HIV).

You’re also at risk for getting hepatitis B and C, and other infections if you share needles, syringes, or other injection equipment.

HIV can be transmitted from a mother to her baby during pregnancy, birth, or breastfeeding. However, it is less common because of advances in HIV prevention and treatment.

Mother-to-child transmission is the most common way that children get HIV.
Recommendations to test all pregnant women for HIV and start HIV treatment immediately have lowered the number of babies who are born with HIV.

If a mother with HIV takes HIV medicine daily as prescribed throughout pregnancy and childbirth, and gives HIV medicine to her baby for 4 to 6 weeks after giving birth, the risk of transmitting HIV to the baby can be less than 1%.

What are some rare ways that HIV has been transmitted?

There is little to no risk of getting HIV from the activities below. For transmission to occur, something very unusual would have to happen.

What can increase the risk of getting or transmitting HIV?

Symptoms
Are there symptoms?

Some people have flu-like symptoms within 2 to 4 weeks after infection (called acute HIV infection). These symptoms may last for a few days or several weeks. Possible symptoms include

But some people may not feel sick during acute HIV infection. These symptoms don’t mean you have HIV. Other illnesses can cause these same symptoms.

Symptoms
Are there symptoms?

Use Condoms the Right Way Every Time You Have Sex

Condoms are highly effective in preventing HIV and other sexually transmitted diseases (STDs), like gonorrhea and chlamydia.

Use water-based or silicone-based lubricants to help prevent condoms from breaking or slipping during sex.

Take PrEP( is not free in Korea)

If taken as prescribed, PrEP is highly effective for preventing HIV from sex.

PrEP is much less effective when it is not taken as prescribed.

Decide Not to Have Sex

Not having sex (also known as being abstinent) is a 100% effective way to make sure you won’t get HIV through sex.

You can be abstinent at different times in your life for different reasons that may change over time.

Not having sex also prevents other STDs and pregnancy.

Get Tested and Treated for Other STDs

If you have another STD, you are more likely to get HIV. Getting tested and treated for other STDs can lower your chances of getting HIV.

This is the most important thing your partner can do to stay healthy.

If your partner takes HIV medicine and gets and keeps an undetectable viral load, there is effectively no risk of you getting HIV from sex with your partner.

2 If I have HIV, what is the best way to protect others?

Get in care and take medicine to treat HIV.

People with HIV who keep an undetectable viral load (or stay virally suppressed) can live long, healthy lives. Viral suppression is defined as having less than 200 copies of HIV per milliliter of blood.

If a person has an undetectable viral load, they have effectively no risk of transmitting HIV to an HIV-negative partner through sex.

Having an undetectable viral load also helps prevent transmission to others through sharing needles, syringes, or other injection equipment, and from mother-to-child during pregnancy, birth, and breastfeeding.

Most people can get the virus under control within six months.

AIDS stands for 'acquired immunodeficiency syndrome' and describes the collection of symptoms and infections associated with acquired deficiency of the immune system. Infection with HIV has been established as the underlying cause of AIDS. The level of HIV in the body and the appearance of certain infections are used as indicators that HIV infection has progressed to AIDS 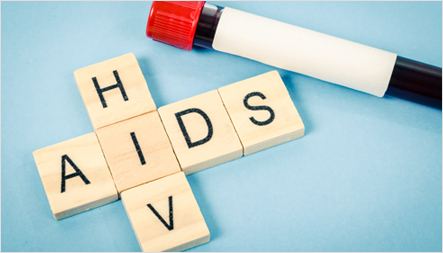